Death in Paradise is filmed in Guadeloupe, a butterfly-shaped collection of islands in the Caribbean. It is an overseas region of France, which explains all the French-speaking locals who appear as extras on the show.

Much of the filming takes place in the commune of Deshaies. Deshaies is located on the northwest tip of Basse-Terre Island.

Honoré’s “farmer’s market” can be constructed for filming when required, and local sites are often used for key scenes – for example, Death in Paradise’s first Detective Richard Poole was killed in the beautiful botanical gardens.

Nearby Langley Resort Fort Royal is used as a base during filming. For almost six months each year it is home to crew and guest stars and leading actors, although some of the core cast prefer to live in local villas with their families. The hotel has made plenty of guest appearances, too: murder victims have tumbled from convenient balconies, and the beach, the pool and the bar have appeared in many scenes throughout the years.

"The Shack" is assembled on La plage de la Perle (La Perle Beach). It is taken down during the winter months, when no shooting takes place, so it’s not washed away when the tide comes in.

The production company takes over a church hall in Deshaies to use as the police station, with the priest’s office becoming the “incident room”.

The scenes at Catherine's Bar are filmed on a wooden deck on the town beach at Deshaies.

In September 2017, filming for series seven had to be suspended because of Hurricane Irma, shortly followed by Hurricane Maria. The government in Guadeloupe issued a red alert due to dangerously high winds and rain as hurricanes battered the Caribbean. 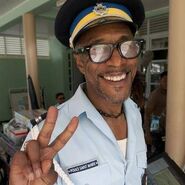 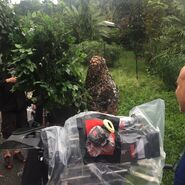 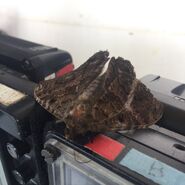 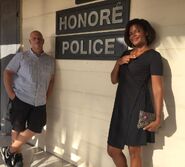 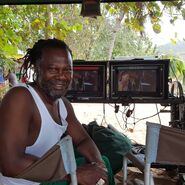 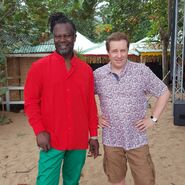 Add a photo to this gallery
Retrieved from "https://deathinparadise.fandom.com/wiki/Behind_the_Scenes?oldid=11505"
Community content is available under CC-BY-SA unless otherwise noted.